favoriteDid you know that Eolymp is maintained by a non-profit organization? We do not receive any profit and provide our services free of charge to everyone. Click to learn more.
Problems 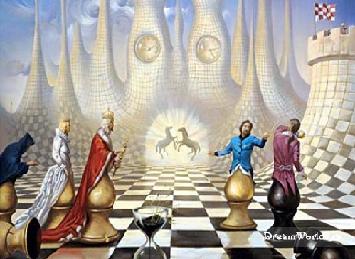 The Association of Chess Monsters (ACM) is planning their annual team match up against the rest of the world. The match will be on 30 boards, with 15 players playing white and 15 players playing black. ACM has many players to choose from, and they try to pick the best team they can. The ability of each player for playing white is measured on a scale from 1 to 100 and the same for playing black. During the match a player can play white or black but not both. The value of a team is the total of players' abilities to play white for players designated to play white and players' abilities to play black for players designated to play black. ACM wants to pick up a team with the highest total value.

Output a single line containing an integer number giving the value of the best chess team that ACM can assemble.